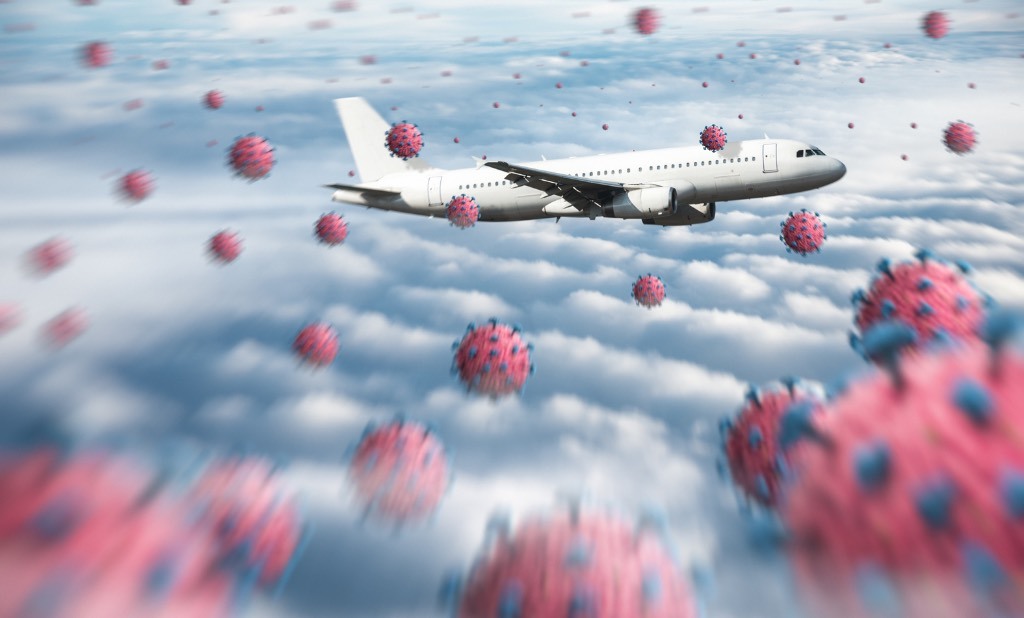 Even before COVID-19 swept through the US claiming over 100,000 lives, President Donald Trump had embarked on a controversial travel ban policy that saw protests and the Executive branch of the government clashing with judges who ruled the travel bans unlawful.

So why did these travel bans start? And how has the Coronavirus pandemic allowed President Trump to extend the travel ban to serve his own purposes - namely to increase his chances of re-election in November?

What Is The Trump Travel Ban?

In 2017, via a series of Executive Orders, President Trump placed tight restrictions on people entering the United State of America from certain countries. Executive Order 13769 placed stringent restrictions on travel to the United States for citizens of Iran, Iraq, Libya, Somalia, Sudan, Syria, and Yemen. Because the residents from these countries are predominantly of the Islamic faith, the action became known as the Muslim ban.

Legal challenges were brought quickly. Plaintiff's argued that the travel ban went against the United States' Constitution, federal law, or both. Soon after, Iraq was removed from the ban. But North Korea and Venezuela were shortly added.

On 4 February 2017, a federal judge in Seattle temporarily blocked the travel ban. In his opinion, U.S. District Judge James L. Robart wrote that fundamental to the court's work was a vigilant recognition that it is but one of three equal branches of our federal government.

The court concludes that the circumstances brought before it today are such that it must intervene to fulfil its constitutional role in our tripart government, he wrote.

Inevitably, the matter reached the Supreme Court. In a 5-4 decision, the travel ban's lawfulness was upheld.

The Proclamation is expressly premised on legitimate purposes: preventing entry of nationals who cannot be adequately vetted and inducing other nations to improve their practices. The text says nothing about religion.

He went on to say that it was beyond the Court's jurisdiction to second guess the Executive's stated goals of a particular policy:

We cannot substitute our own assessment for the Executive's predictive judgments on such matters, all of which €˜are delicate, complex, and involve large elements of prophecy.

Justice Anthony Kennedy, although ruling in favour of the majority, gave what seemed to be a rebuke against the President:

There are numerous instances in which the statements and actions of Government officials are not subject to judicial scrutiny or intervention. That does not mean those officials are free to disregard the Constitution and the rights it proclaims and protects Indeed, the very fact that an official may have broad discretion, discretion free from judicial scrutiny, makes it all the more imperative for him or her to adhere to the Constitution and to its meaning and its promise.

Justices Stephen Breyer and Sonia Sotomayor both penned dissenting opinions, with Justice Sotomayor calling the upholding of the ban devastating.

Despite several opportunities to do so, President Trump has never disavowed any of his prior statements about Islam.

Taking all the relevant evidence together, a reasonable observer would conclude that the Proclamation was driven primarily by anti-Muslim animus, rather than by the government's asserted national-security justifications.

Given President Trump's failure to correct the reasonable perception of his apparent hostility toward the Islamic faith, it is unsurprising that the President's lawyers have, at every step in the lower courts, failed in their attempts to launder the Proclamation of its discriminatory taint.

In February 2020, the Trump administration announced it was extending the travel ban to include a further six countries: Nigeria, Eritrea, Tanzania, Sudan, Kyrgyzstan, and Myanmar. An exception was made for immigrants who helped the US. The administration argued that the ban was essential for national security.

Unlike the original ban, the new restrictions only affected certain categories of visa applicants. All immigrants from Burma, Eritrea, Kyrgyzstan, and Nigeria were entirely banned from America. However, citizens of Sudan and Tanzania were only restricted from green card lotteries.

Immigrant groups reacted with fury at the expansion of the ban.

"The ban should be ended, not expanded. President Trump is doubling down on his signature anti-Muslim policy -- and using the ban as a way to put even more of his prejudices into practice by excluding more communities of color,"

Despite the US holding the unfortunate position of having the most Coronavirus deaths in the world (104,000 at the time of writing), it is they who have banned much of the world from arriving on its shores.

In January 2020, President Trump blocked all travellers from China; then in February, this was extended to Iran. Then in March, all people from Europe were banned, including those from the UK and Ireland. However, American citizens visiting these countries could still return home, making the ban relatively ineffective (the London to New York airline route is the world's busiest).

Last week, it was announced that non-US citizens traveling from Brazil, now the world's number one Covid-19 hotspot, will also be banned.

Are Travel Bans Effective In Reducing The Spread Of Coronavirus?

It is too soon to tell, but promising signs have come from New Zealand and Australia, which shut their borders early. Both of these countries have had low infection/death rates. However, unlike America, Australian and New Zealand citizens returning from overseas have to quarantine for 14 days, regardless of whether they feel ill.

If you have an incomplete travel ban or it comes too late, it doesn't help very much. It's like pulling the fire alarm when the house is on fire.

Like British Prime Minister, Boris Johnson, who understands perfectly that the majority who voted Leave in the 2016 EU Referendum did so because they wanted less immigration, Donald Trump knows that stopping foreigners entering the US is a big voter drawcard. And given the enormous impact, the Coronavirus epidemic has had on lives and the American economy, keeping as many of the travel bans in place after the Covid-19 crisis is over makes sense. At least until November.

In the movie, The Big Short, Mark Baum gave us this memorable quote:

I have a feeling, in a few years, people are going to be doing what they always do when the economy tanks. They will be blaming immigrants and poor people.

This worked a treat in the 2008 economic crisis (only one banker went to jail in the US) and there is little to suggest that the same tactic won't be used again - on both sides of the Atlantic.