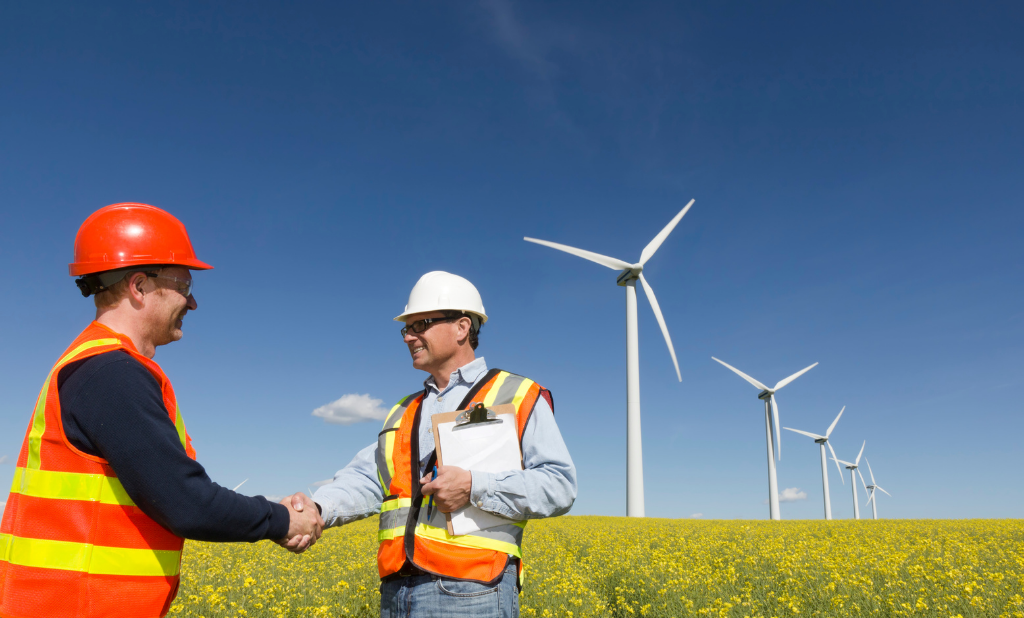 Make no mistake, wind farms are now big business in the UK. In fact, the world’s largest wind farm is currently under construction on Dogger Bank, off the North East Coast of England. This new project is truly mind-blowing in its scale. Once completed, the £9bn wind farm operated by Equinor and SSE will power at least five million homes (this is around 5% of the UK’s total electricity demand). To facilitate the burgeoning wind farm industry, the Government has recently extended a scheme that was introduced in 2017 to enable foreign workers to work on schemes within UK territory. In this article, we will discuss the recent extension by the UK government of the Offshore Wind Workers Concession (OWWC) by a further 12 months.

What Is The Offshore Wind Workers Concession (OWWC)?

The OWWC was introduced in 2017 by the Home Office to make it easier for foreign workers to work on wind farm construction projects within the UK. Specifically, it was intended to enable foreign nationals to join “vessels engaged in the construction and maintenance of offshore wind projects in UK territorial waters”.

The concession means that EU, EEA, and Swiss nationals working within 22km of the UK coastline (this is referred to as the UK Exclusive Economic Zone - EZZ), will not require a transit visa to go through the UK “landmass”. According to WindEurope, “This is sensible, not least because most UK wind farms will be constructed in the EEZ going forward”.

The Home Office states that in order to benefit from the OWWC, applicants must provide:

Foreign workers working on UK wind farms only require a visa for this concession if they:

The concession was intended to be for a strictly limited time, with the Home Office even stating, “the concession will not be granted beyond 1st July 2021”. Fast forward to July 2021 and the scheme has indeed been extended. The move has been seen as something of a last-minute U-turn by many in the industry.

Why Has The Government Extended The OWWC?

The reason for the extension is the ongoing shortage of offshore wind farm workers. This is not the first time the OWWC has been extended; it has been extended several times since it was introduced. It is unclear why the Government believed that, given the enormous demand for workers in the rapidly growing wind-farm sector, the concession offered would only be needed until July 2021. It should have been patently clear even back then that the ending of free movement with the EU would only add more pressure to the availability of skilled workers in this field.

Poor Timing On Behalf Of The Government

The Government and Home Office have yet again demonstrated a lack of understanding of business and the needs of businesses. The imminent ending of the OWWC would have meant that businesses planning and recruiting for current and future wind farm construction and maintenance within the EZZ would have been frantically trying to make alternative arrangements. By announcing the concession extension a day after the OWWC expired (it was extended on 2nd July 2021) meant that many businesses had already gone to the trouble of finding staff from alternative sources. With adequate forewarning of the announcement, planning and recruitment would not have been negatively affected.

What Has The Reaction Been To The Extension To The OWWC?

Others, including the MP for Hull East Karl Turner, take the view that the extension is a “betrayal” of British seamen because the OWWC is enabling businesses to recruit lower-paid labour from the EU. In return, this has negatively impacted the labour market and driven down wages. Turner stated, “This is the fourth waiver the Home Office has granted and this time, even without the industry requesting the waiver…it is a further blow to UK seafarers. The offshore wind sector is a growing industry, and it is vital that British seafarers can compete fairly for these jobs….We have a good number of seafarer ratings in my own constituency in east Hull that are unable to compete for these jobs due to being unfairly undercut by foreign non-EU seafarers paid much lesser exploitative rates of pay…The Government need to end this exploitation immediately and give our own skilled British seafarers the opportunity to compete for these jobs”.

The views of Turner are echoed by others, such as Mick Cash, who represents the RMT Union. Cash recently stated, “The construction and installation of wind farms are where most jobs are created yet the Home Office has decided to issue another waiver, the fourth by our count, to allow wind energy companies to profit from importing cheap labour to build and maintain wind farms in UK waters for another year…The betrayal of UK seafarers and exploitation of foreign seafarers continues under this failing Government”.

By announcing that the OWWC is being extended by a further year at short notice, the Government seem to have upset both those who stand to benefit and those who stand to lose from the scheme. Given the turmoil experienced by fishermen post-Brexit, it remains to be seen how the Government will resolve many of the labour and trade issues it has created. Kicking cans down the line is surely not sustainable forever.